April 2021 Featured Partner of the Month Read below some of the latest and greatest Solar Co-op initiatives by Solar United Neighbors!

“The co-op will enable DMV homeowners and business owners to join the growing community of people saving money by harnessing solar power,” said Aaron Sutch, Mid-Atlantic program director for Solar United Neighbors. “Together, we’re building a movement to transform our electricity system into one that is cleaner, fairer, and shares its benefits more broadly.”

The co-op is free to join and open to homeowners and business owners in Northern Virginia, Washington, DC and Montgomery, Prince George’s and Frederick Counties in Maryland. Together, co-op members will learn about solar energy and leverage their numbers to purchase individual solar systems at a competitive price and top quality.

After a competitive bidding process facilitated by SUN, which remains vendor neutral, co-op members will select a single solar company in each state (or district) to complete the installations. Joining the co-op does not obligate members to purchase solar. Instead, members will have the option to individually purchase panels and electric vehicle chargers based on the installer’s group rate.

“We’re excited to partner with Solar United Neighbors again to help more homeowners and business owners in Arlington go solar,” said Helen Reinecke-Wilt of Arlington County. “We’re proud to be at the forefront of the nationwide movement to transform our electricity system into one that is cleaner. Going solar helps Arlington meet its carbon neutral goals.”

“We’re forming this co-op to make saving money with solar energy as simple as possible,” said Larissa Johnson, Residential Energy Program Manager for Montgomery County, MD. “Working with the group helps members learn about the technology so they feel confident in their decision to go solar.”

SUN has hosted 113 solar co-ops in Maryland, Virginia and Washington, DC since 2007. According to the group’s estimates, the 2,310 homes and businesses that now have solar panels because of co-ops represent: 16,390 kW of solar power, $45.3 million in local solar spending, and more than 386.7 million lbs. of lifetime carbon offsets.

Information meetings are planned by Zoom webinar for: 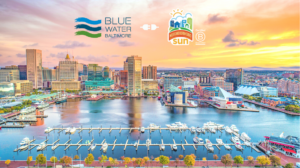